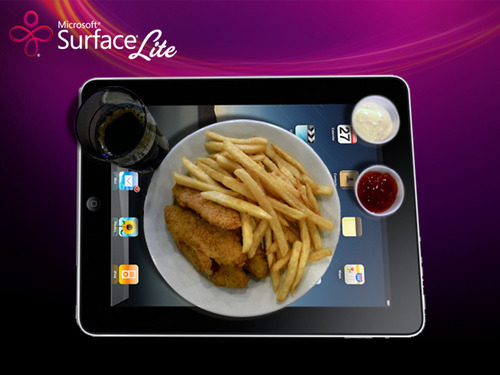 “I don’t think anyone wants a touch-screen device that you can’t put drinks or a snack on. Apple has some interesting ideas, but at the end of the day, where am I going to put my Super Big Gulp of Diet Pepsi?” said Ballmer.